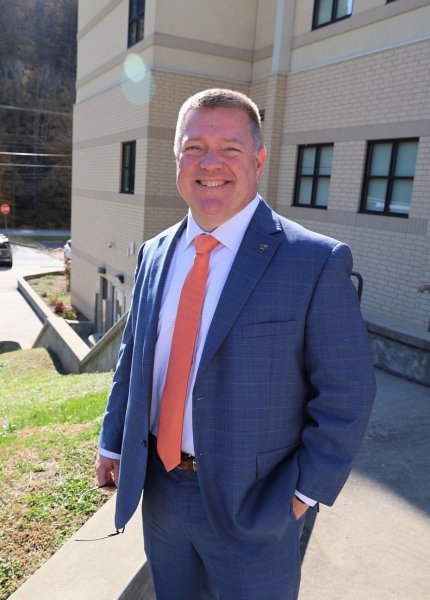 After spending nearly 30 years as a state trooper, David Lemmon is now on a different mission.

Lemmon is now serving as Dean of Professional and Technical Studies at Southern. He was raised in Cross Lanes, West Virginia, and has lived in Chapmanville for over 27 years.

Lemmon joined the West Virginia State Police in 1992, and was assigned to the Logan Detachment upon graduating from the Academy, and was later awarded Trooper of the Year in 1996.

During his career as a state trooper, he served in many capacities and assignments. He served as Field trooper to Commander of the Bureau of Criminal Investigation, Troop 4 Commander. Lemmon retired from the West Virginia State Police as Major, Chief of Professional Development, Research, and Recruiting.

He is also a graduate of the 222nd Session FBI National Academy, and 55th DEA Drug Commander Schools, both in Quantico, Virginia.

Lemmon says he considers himself a lifetime learner, and greatly enjoys the overall environment at the college and its leadership. He holds degrees are from Marshall University and West Virginia State University.

“I believe Southern is truly a great asset providing much-needed opportunities to our communities, requiring the continued support of its citizens,” Lemmon said. “The College I believe is a portal for success and fortunate to serve its great citizens within Southern West Virginia.”

As for the future of Southern, Lemmon says he would like to see it contain to maintain its commitment to meeting the ever-changing demands encountered by citizens within the service area.

President Dr. Pamela Alderman says she is glad to have Lemmon as part of the Southern family. “Dave’s background and ties with the local community will contribute greatly towards enhancing the college’s position in professional and technical studies. We are lucky to have him with us.”

Lemmon says he is excited about launching the Electrical Line Worker program in Williamson, the CDL program, and the Diesel Repair program.