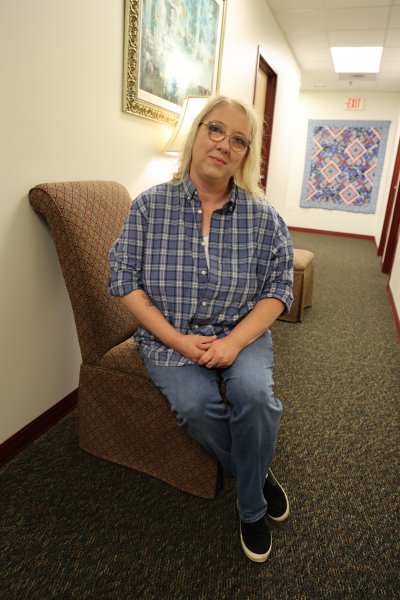 When the Pandemic hit in 2020, life was essentially put on hold.

Such was the case for Southern’s literary magazine, simply titled “STICKS.”

The magazine officially launched in the Spring of 2017. A publication was produced for the next three years, but after Covid hit in March of 2020, plans were halted.

“We had everything we needed for that magazine,” Lillie Teeters, Assistant Professor of English and STICKS Director said. “Everything had to be shelved.”

That magazine will see the light of day this fall when the magazine is finally released. In keeping with tradition, a guest speaker has been lined up for the re-launch.

The last week of September we will be holding a week-long event titled, “Words from the Mountains – Storytelling and Fiction Writing in Southern WV.

On Monday, September 27th, two duplicate workshops on creating plot will be held, the first at 11am and the second at 3pm. Each session will run approximately an hour and a half. Each People are encouraged to drop in between classes.

On Tuesday, September, 28th, two duplicate workshops on word building will be held at 11am and 3pm. Each session will run approximately an hour and a half. People are encouraged to drop in between classes.

On Wednesday, September 29th, two duplicate workshops on character creation will be held at 11am and 3pm. Each session will run approximately an hour and a half. People are encouraged to drop in between classes.

On Thursday, September 30th, there will be a presentation titled, “The Story of the Mountains: The Value, Meaning, and Importance of Stories and Storytelling in Appalachia, accompanied by the release of the long-awaited “Lost Chronicle” of the Sticks Magazine at 6:30pm.

The guest workshop leader and speaker will be Linley Marcum. She will lead all three workshops and culminate with an informative speech that will help those who want to get involved in storytelling and all levels find ways to engage. Students, employees, and the local community are invited to attend.

”Art in any form allows us to express ourselves in creative ways, and this is crucial to the development of well-rounded citizens,” Teeters said.

“When I arrived at Southern in 2016, there was not a literary outlet for the students,” Teeters said. “.”I was excited by the prospect of helping to create and guide the rebuilding of a literary magazine. As it turns out, there had been a magazine back in the ’70s. Writing is a” passion for me and helping others discover their talents in that arena keeps me excited.

The STICKS magazine has been published three times. Teeters said they plan to release two this school year. “We expect to continue to recruit staff for the magazine, call for submissions for the Spring 2022 edition, and offer other literary events.”

The magazine is in a rebuilding year. Teeters says she is looking for students to serve onto be the magazine’s staff. If you would like to join, visit Teeters on the Logan campus in Building A – Room.