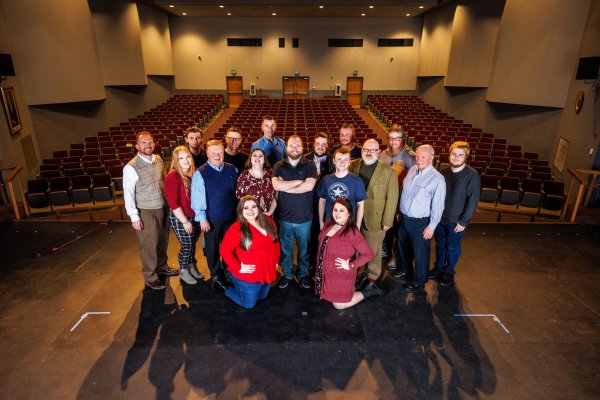 Southern WV Community & Technical College is proud to announce the cast for its upcoming production of “One Flew Over the Cuckoo’s Nest.”

The show also marks a return to college-sponsored theatrical productions after a 15-year break. The last show that Southern produced was “Steel Magnolias” in the spring of 2007.

“One Flew Over the Cuckoo’s Nest” is based on the novel by Ken Kesey. The setting of this dramatic comedy is an Oregon mental institution in the 1950s.

Randle McMurphy, played by Dominic Rodigheiro,  is a charming rogue who contrives to serve a short sentence in a mental institution rather than in a prison. He makes his entrance into the psychiatric hospital and tension ensues.

Nurse Ratched, played by Brittany Wallace, is a former military nurse who dominates the patients maliciously with her authoritarian rule using emasculating tactics to strip the men of their freedom.

McMurphy sees that Nurse Ratched’s control over the men is not helping them get better but keeping them in a low emotional state.

This is a time when shock treatment and lobotomies were acceptable forms of “curing patients”.

The performances are part of a fundraising effort to upgrade its Savas Kostas Performing Arts Center in the Logan campus, which will be the location of the shows.

This marks the first time the play will be presented in the local area.